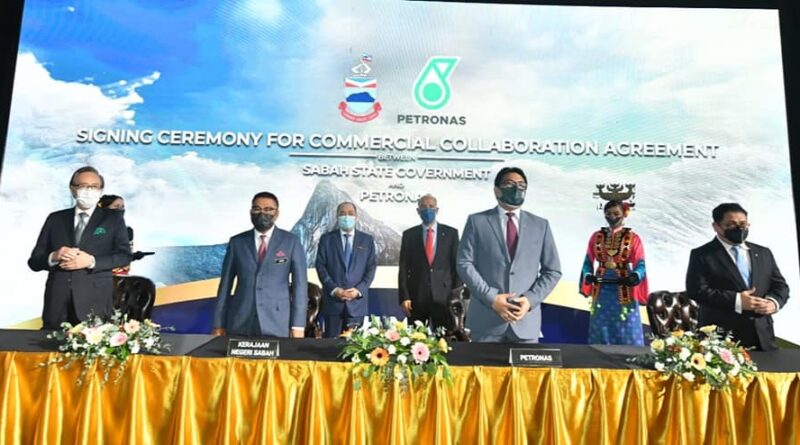 The establishment of SMJ Petroleum Sdn Bhd is the result of the Commercial Collaboration Agreement (CCA) signed between the Sabah State Government and
national oil company, Petroliam Nasional Berhad (PETRONAS) on Tuesday.

“The CCA is perhaps the most important document after June 16, 1976, when the oil cash payment (royalty) was agreed upon, signed between Sabah and Petronas. The signing of the CCA today indeed marked a new era in Sabah’s oil and gas industry,” said Hajiji.

“In line with the terms and conditions of the CCA, State Government aspires to set up its wholly-owned company to be involved actively in the oil and gas industry.

“So, I am happy to announce the setting up of SMJ Petroleum Sdn Bhd, which will spearhead Sabah’s commercial venture in the oil and gas industry as well as coordinate existing State GLCs in ensuring all terms and conditions in the CCA are implemented successfully for the benefit of the state and people,” he said.

“It has been the aspiration of our rakyat that Sabah gets more from its oil and gas industry,” he said.

The Chief Minister said a Joint Committee was set up by the Special Council on the 1963 Malaysia Agreement to discuss Sabah’s commercial involvement in the oil and gas industry between the Federal Government, State Government, and Petronas.

Before the formation of the Joint Committee, he said the Sabah State Government and Petronas had already taken their own initiative to hold talks starting on Oct 8, 2021, and two months later after numerous meetings, the CCA was finalised.

“This shows that Petronas and the Sabah State Government can work together in the development of the oil and gas industry in Sabah.

“The commitment of both Sabah Government and Petronas has made it easier for the Federal Government because it took only one Joint Committee Meeting for both sides to reach a common ground that was stipulated in the CCA,” he said.

The Joint Committee Meeting was held on Dec 1, 2021, during which the Federal Government agreed to endorse and facilitate the enforcement of the CCA.

Hajiji who is also State Finance Minister reiterated his statement when unveiling the State 2022 Budget last Friday that the CCA will allow Sabah to get greater revenue sharing participation and say in oil and gas-related matter through a commercial consultative framework with Petronas while at the same time ensuring Sabah hold on to its legal rights.

“Sabah State Government through its company (SMJ Petroleum Sdn Bhd) will get guidance from Petronas so that Sabah can become one of the strong industry
players,” he said.

“As Chief Minister, I will be jointly-heading the ASD with Petronas Chairman, Tan Sri Dato’ Seri Mohd Bakke Salleh. ASD is the highest discussion platform that will ensure Sabah fully benefit from the CCA in the future,” he said.

Hajiji said Petronas also agreed to hand over rights to access Sabah’s oil and gas data that would better facilitate discussions in the ASD, JCC and technical
committees under it.

Besides that, the CCA would allow participation of companies or contractors from Sabah in the Vendor Development Programme and that Petronas would see to it that more contracts be given to Sabahans in the tender process, he said.

Importantly, he said Petronas is also committed to paying the cash payment of oil royalty and State Sales Tax as part of the greater revenue-sharing agreement.
“It is important to mention here that the CCA will preserve the state’s legal rights by providing total protection in the interest of the state,” he said.

In this context, Hajiji expressed the Sabah State Government’s gratitude for the commitment on the part of the Federal Government and Petronas as well as for
always listening to Sabah’s requests in terms of its oil and gas rights.

He also expressed appreciation to the CCA technical committee led by Datuk Seri Panglima Haji Masidi Manjun for the State Government together with Ir. Mohamed Firouz Asnan from Petronas as well as Sabah-born Datuk Sri Lim Haw Kuang who is a former Shell Malaysia chairman for their efforts to see to the materialisation of the CCA. 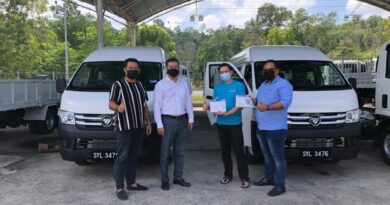 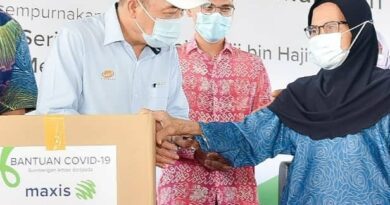 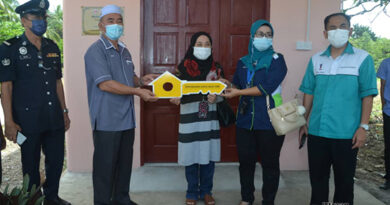