BEAUFORT: A man ditched his girlfriend after mowing down an officer with a motorcycle at a police roadblock setup at Jalan Lumatai along the Beaufort – Sipitang roads on Thursday.

The 7.50am incident caused a traffic officer to sustain minor wounds and bruises to his body.

Beaufort police chief DSP Azmir Razak said the 23-year-old made a dash for it into a nearby forest leaving behind his 21-year-old lover to be arrested at the scene.

“Both of them were flung off the bike following the crash and the officer laid sprawled on the ground.

“Earlier the duo was ordered to make a stop for routine inspections in operations dubbed ‘Op Motosikal’ before he decided to speed off,” he said.

However, based on information gathered from his forsaken lover the man was arrested at 9pm near the Beaufort Sports Complex.

“Further investigations revealed the man to be void of a driving licence and holds a criminal history of drugs and vehicular theft,” Azmir detailed.

The case is classified under Section 186 of the Penal Code for impeding a civil servant from carrying out their duties.

The motorcycle, an orange Modenas Dinamik was also seized. 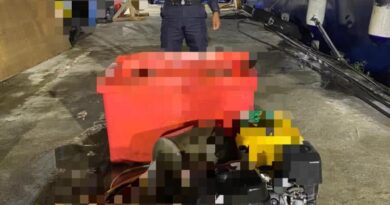 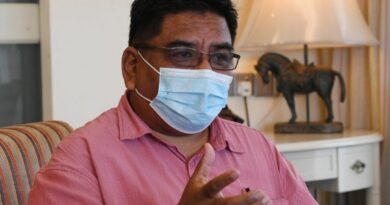 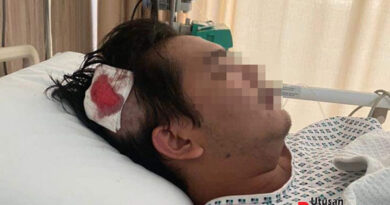