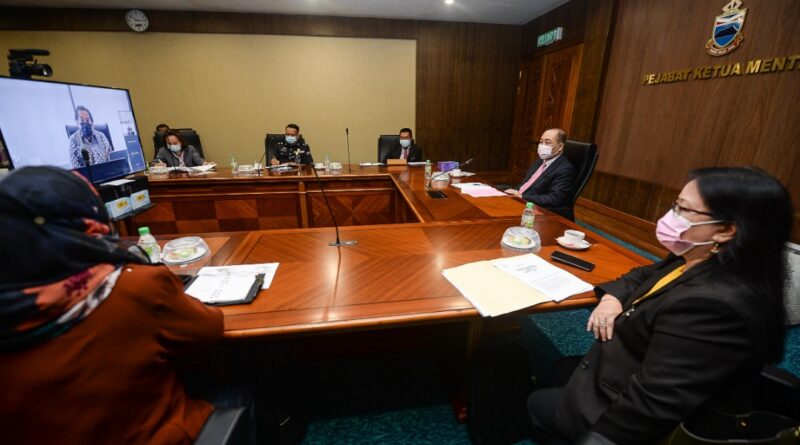 At the district and grassroots level, he said the respective district officers and community leaders will do their part in implementing the programme.

“Sabah has done the necessary preparations and ready to implement the vaccination drive,” he said during the engagement meeting via video conferencing with Minister of Science, Technology and Innovation Khairy Jamaluddin who is also the co-chair of the Special Committee for Ensuring Access to COVID19 Vaccine Supply at the PPNS near here Thursday.

Hajiji concurred with Khairy on the need for mobile units to be set up not only in administrating the vaccine jabs but also to register those in far-flung areas.

In this respect, he said steps have also been taken to disseminate information in various ethnic language on the programme to the grassroots through the Information Department resources.

“The Pfizer-BioNTech vaccines arrived in Sabah today and the vaccination programme will be carried out under three phases with the first phase for frontliners (104,130 people), second phase for the high-risk group (estimated 268,000) and third phase for those 18 years old and above (estimated 2.7 million),” he said.

He said 195 Vaccine Dispensing Centres (93 under the Ministry of Health and 102 others) have been set up in Sabah.

In this respect, Hajiji advised the people in Sabah to register for the programme to facilitate the vaccination programme and break the pandemic’s chain of infections.

Registrations could be done through the mySejahtera application or www.vaksincovid.gov.my website, while those without smart phones, particularly senior citizens could be registered as a dependent through their children.

Registrations could also be done manually at the nearest public health facilities such as hospitals, district health offices or health clinics.

“So far, only about 30 per cent of senior citizens aged 60 and above have registered in mySejahtera for the immunisation programme in Sabah,” said Hajiji.

He said it was imperative for everyone in Sabah to be registered because “we want to break the pandemic chain of infections.”

On the issue of the vaccines to also be given to foreigners in Sabah as stated by Khairy, Hajiji said the State Government would once again get the cooperation from employers of foreign workers.

Before this, cooperation from these employers have been sought to get all their workers swabbed for COVID19, said Hajiji.

“We have also informed the security forces that this is not the time to check documents … we need to get all in Sabah to vaccinated.

“We will still not be safe if there are those residing in Sabah not vaccinated,” he said.

To a question from Khairy, the Chief Minister said he would be the first to get the vaccine in Sabah. 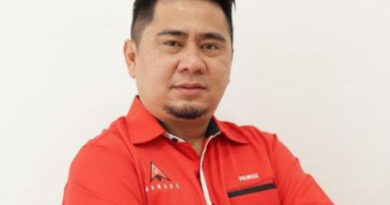